See all our Liphook branch properties for sale

Please find below the contact details for our Liphook branch and team. 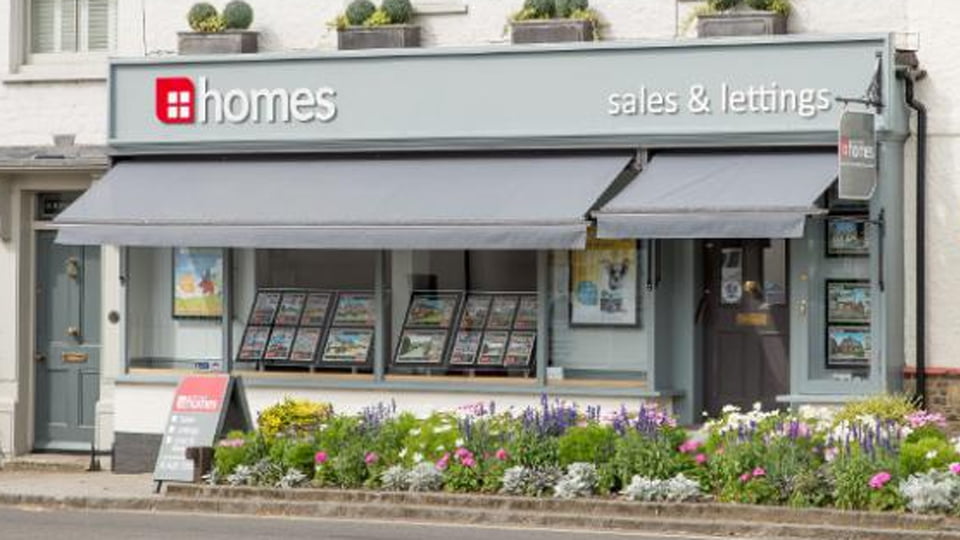 The Homes’ Liphook office is firmly established as the most progressive estate agent in the area. Residential sales from here are handled by the area sales team, based in Grayshott, who work between the two offices on a daily basis. This gives the enlarged and dedicated Regional Lettings team more space in Liphook to provide vital services to landlords and tenants alike across the wider area.

Under Regional Manager, Ben Moore, the sales team offers the full range of residential sales services and you can be assured that there’s little they don’t know about the area. Our Sales Manager, Tom Cann is supported by Senior Client Advisor Sally Sanders and Client Advisor Leo Sergiou. There is also a dedicated Sales Progression service for Liphook and Grayshott customers managed by Ellie Kavanagh.

The Liphook office is in a classically elegant Georgian building in The Square, on the London Road, which we painstakingly restored to its former glory before occupying it – you can’t miss it!

The village and its surroundings are in a glorious part of north east Hampshire, benefitting from plenty to do on the doorstep, with great direct rail and road links to London and the south coast. It’s one of the up and coming hotspots!

So pop in for a chat – you can be assured of a really warm welcome!

Ben joined the Homes team in 2014 having worked in the local property sector for nearly 20 years. He has worked across all levels of estate agency and is now the Regional Manager for both our Grayshott and Liphook offices. His sensitive and dedicated approach to sales and passion for providing high levels of customer service is well known, as is his knowledge of the area and ‘up to the minute’ market conditions.

Sally is our longest serving member of the Homes team, joining us when the business first started in Alton, back in 2011. She has over 20 years’ experience in local sales and estate agency and provides invaluable knowledge and support to our clients. Having spent eight years in our Alton office, Sally now brings her considerable knowledge and skills to the Grayshott and Liphook area in her role as Client Manager.

Leo joined the Homes team in 2020 working across our Grayshott and Liphook branches. He gained several vital years’ agency experience in this area prior to joining our team as a Client Advisor. Leo is the ‘go to’ person for sales enquiries, for both buyers and sellers alike and his confident, outgoing and attentive personality puts clients immediately at ease. Originally from London, Leo was educated locally and now lives in Hindhead.

Having grown up in Guildford, where he still currently lives, Ross became the newest member of Homes Grayshott team at the start of 2022. Having recently completed a degree at the University of Portsmouth alongside working in a customer-facing role for over five years, Ross combines a friendly and light-hearted demeanour with a drive to deliver.

Niki has lived in the Grayshott area for over twenty years so knows it very well, having brought up two children here. Joining the Homes team in 2014, she has a passion for property in general and enjoys an active outdoor life and frequent long walks with the family dog. Other than working in our Grayshott and Liphook offices, travel, art, keeping fit and a wide circle of friends all keep Niki extremely busy!

Having grown up in one of the oldest wine regions of South Africa, Jenni pursued her interest in winemaking at university and gained experience in the wine trade in London. Following the arrival of her first child she took a break to raise her family and moved to the English countryside. She now lives in Liphook with her husband and young family, enjoying the great outdoors and travelling. Jenni joined the Homes team at the beginning of 2019 and conducts viewings across the Grayshott and Liphook area, as well as generally assisting customers’ needs within the offices.

Mandy is a true local girl, having spent all her life in and around the Liphook area. She is fantastically organised and there’s not much which escapes her administrative involvement in either the sales or lettings department! She’s very much the outdoor type, with dogs and horses featuring high on her list of out-of-work commitments! Mandy and her family are heavily involved with local events such as Liphook in Bloom and the annual carnival in the village and she’s well known to many in the area!

The opening of the Hindhead tunnel in 2011 was a game-changer for this heavily wooded, eastern pocket of Hampshire, making a significant difference to travelling times on the London to Portsmouth A3. The area has always been regarded as a well-kept secret … something which the locals have been quite keen to maintain! However, many home hunters form outside the patch, are increasingly twigging that they can swap a slightly longer commute, by road or rail, for substantially more house, plus they get all the benefits of the outstanding surrounding countryside.

Although its origins go back to the 13th Century, the first named records appeared some 300 years later when Sir Edmund Pakynham inherited a tenement and land in ‘Lepoke’ in 1527 and John Hooke bought the manor of ‘Chiltle’ in ‘Lippuck’ in 1591.

Liphook really developed during the 18th century as a coach stop between Portsmouth and London, although the wooded location made coach services a target for highwaymen. Later the surrounding landscape provided inspiration for the author Flora Thompson, who lived in Liphook from 1916-28 as her husband was the postmaster here. She went on to write her trilogy Lark Rise to Candleford, evoking a pastoral idyll.

The village of Liphook is a really well cared for, adorned by floral displays, planned and planted by ‘Liphook in Bloom’ volunteers. Local amenities include a bakery, ironmongers, doctors’ surgery and some highly rated junior, pre-prep and state secondary schools. For downtime, there are some great pubs, two golf courses and two health club spas. To add more surprises to what’s on offer locally, it even has its own working steam museum at Hollycombe with a steam railway and Edwardian fairground.